back to all references

ANDRITZ - Automation in any Application Area ANDRITZ is one of the world‘s leading suppliers of machinery, equipment, and services for hydroelectric power plants, pulp and paper, metalworking, steel, and municipal and industrial solid/liquid separation industries. Other major business areas are animal feed and biomass pelleting, as well as automation, where ANDRITZ offers a wide range of innovative products and services in the area of Industrial Internet of Things (IIoT) under the Metris brand. The headquarters of the listed technology group, which employs around 25,800 people worldwide, is located in Graz, Austria. ANDRITZ operates more than 250 locations in more than 40 countries.

With 8,000 users, the ANDRITZ GROUP has an impressive SAP landscape. For maintaining an overview, manual administration of SAP licenses for the different user types was no longer sufficient. The time and personnel required to evaluate the data optimally was increasing rapidly. ANDRITZ‘s goal was therefore to automate user management and thus continue to ensure correct licensing.

Previously, the company had used certain types of reference users as a basis for licensing. When a new user was added, he was assigned one of these types, for example reference user A for the professional user. Wolfgang Ablasser, responsible for SAP measurement at ANDRITZ GROUP, reports: „We used the different user types as orientation. But we only asked ourselves: What could the single user be working on? And not: What is he doing in reality?“ Due to the size of the ANDRITZ GROUP, a manual analysis of the individual usage behavior was in fact simply not possible. For this reason, the system was oriented more towards the authorizations.

The company wanted to use a new license management tool to determine the behavior of all users. Only by comparing existing licenses with actual usage, license compliance can be met. For this reason, ANDRITZ GROUP started looking for a SAM tool for SAP and found the right solution in samQ by VOQUZ IT Solutions. The software asset management tool now automatically assigns the correct license and thus avoids over- or under-licensing. Therefore, costs and savings become transparent.

Than donwload our recent reference story! 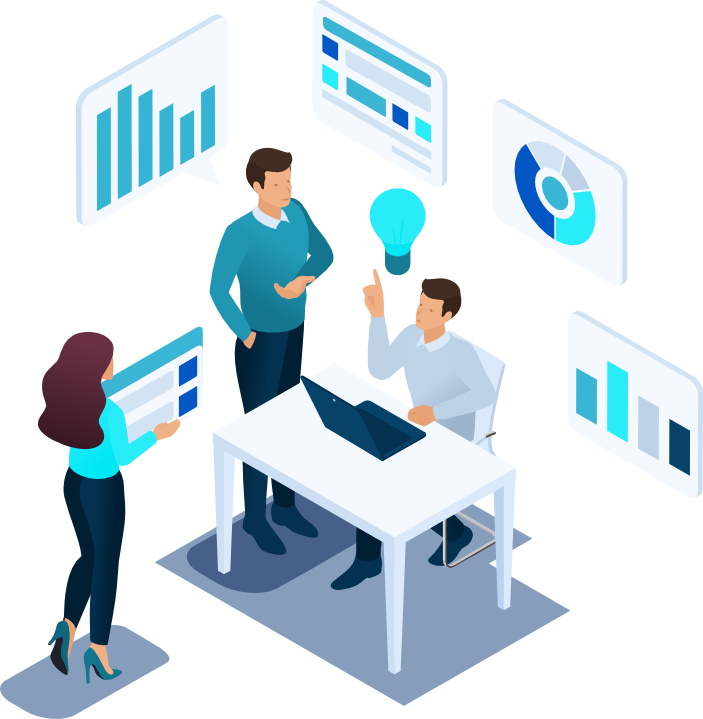 Mario Brunnsteiner, Head of IT Finance & Contract Management in the ANDRITZ GROUP, first became aware of the topic of license management during a webinar on „Automatic Licensing“. His interest was awakened and soon afterwards the first researches on the topic began.

In its search for the right software asset management tool, ANDRITZ sought advice from other SAP users. On recommendation of a company that already successfully used samQ, ANDRITZ decided to test the VOQUZ tool in direct comparison with other SAM tools.

Therefore, the company launched a project with two objectives. On the one hand, it was a question of precisely defining the usage behavior of the Limited Professional User vis-à-vis SAP. On the other hand, they were searching for a suitable Software Asset Management tool, which should take over the automatic assignment of SAP licenses.

In a direct comparison with a competitor‘s product, samQ won the race and the ANDRITZ team decided in favor of it. Mario Brunnsteiner, one of those responsible, praises: „We were impressed by the ease of use and the valid results. We were especially enthusiastic about samQ‘s ‘High Level Look and Feel‘.“

A quick and uncomplicated installation of the software was very important for the company. Within a few hours the setup of samQ was done. Only supported with telephone help from the VOQUZ experts. The required data from the ANDITZ system could easily be imported into the samQ system. The necessary components, which ANDRITZ uses as a Limited Professional User, were selected and tested by samQ.

Since then samQ automatically collects information about the behavior of the users. Based on the transactions executed, samQ knows which license type best suits which user and can automatically assign them. The data from the continuous measurement also serve as a perfect basis for discussions with SAP. Only those who know their user behavior can negotiate new licenses individually.

Three months after the start of use, ANDRITZ evaluated the use of the new tool for the first time. Significant changes were noted: There were many shifts from Professional to Limited Professional User. This realization serves as an ideal starting point for future negotiations on SAP licenses and promises a high savings potential.

The responsible employees were also very impressed by the transaction database used by samQ. They want to trawl through the database by themselves in order to find new, perhaps unknown license types, and to use them within the company where applicable.